Strawbs - From The Witchwood - album review

Of the many sub-genres which featured on the British rock scene in the period beginning in the late 1960s, those of progressive folk, or progressive folk-rock, spawned some interesting, inventive and highly listenable music. Prominent among the acts which fell into these categories were Strawbs.

To many more casual observers, Strawbs are best-known for having Sandy Denny and Rick Wakeman in their line-up at different times, and for their rather quirky hit single "Part Of The Union". However, closer evaluation of their 1970s work reveals a highly talented group.

One record which stands out for me is their 1971 album From The Witchwood, which showcases strong songwriting and musicianship, and acutely tuneful, compact sensibility.  The production capabilities of Tony Visconti also help to ensure that a cohesive and lively ambience prevails throughout. 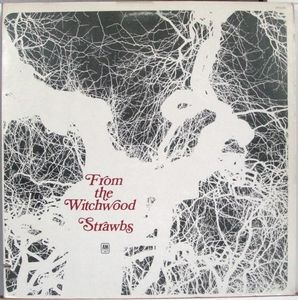 Tracks such as the opener, "A Glimpse Of Heaven", mix authentically folk-inflected sections with more exotic instrumental flourishes. Rick Wakeman's keyboards add some texture and occasional dynamism to the arrangements.

Some of the lyrics tackle "traditional" folk topics, centering on rural life and pastoral imagery, but they very rarely descend to the "maypoles and apple scrumpy" territory which characterizes some British folk and folk-rock of the period. Crucially, most of the compositions fall short of being over-earnest.

The captivating, and slightly eerie, title track is one of the highlights of the record. "Thirty Days" carries distinct echoes of the Beatles' work circa 1964/65, by dint of its melody and its vocal harmonies. "Flight" is another number whose vocal sound is rather Beatlesque in flavour.

The contribution of Rick Wakeman is perhaps most keenly felt on "Sheep", and on "The Hangman and The Papist", with their prominent organ components.  In addition to its dramatic words, the latter is another song with a strong melody. And the consistently strong running order is sustained by "Cannondale" and the beautiful and striking "The Shepherd's Song", with its eclectic and surprisingly effective mixture of influences.

From The Witchwood closes with two intriguing and affecting songs.  "In Amongst The Roses" typifies the contemplative and enigmatic leanings of the album's subject matter. "I'll Carry On Beside You" is more upbeat and strident, and features an intricate piano "engine" courtesy of Wakeman. Like many of the pieces on the LP, it is performed with conviction and vigour, and this is important.

Overall, this record is a strong and purposeful collection of songs, well-crafted, controlled and appealingly organic in their execution, the relatively sparing use of electric guitars strengthening this impression. Combining the lyrical and poetical hallmarks of folk music with the odd infusion of rock energy, and the occasional "experimental" passage, it is a most satisfying listen, which still sounds fresh and credible today.