I thought I would post a few photographs which I took on my recent visit to Yorkshire Sculpture Park  - https://ysp.org.uk/  -  which is situated in West Bretton, near Wakefield.

Overall, I found this to be a stimulating and interesting day out. The park was much larger in scale than I had anticipated, so be prepared to walk a fair distance if you want to get the most from your visit! There is a wide variety of exhibits, many outdoors, some indoors. Not everything on display will be immediately to everyone's taste, but approach it with an open mind and it should be a rewarding experience.... 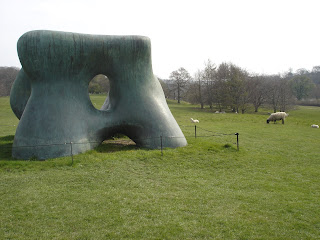 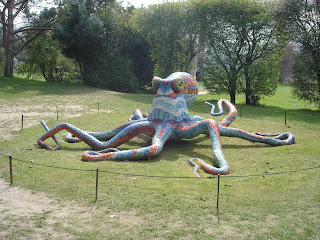 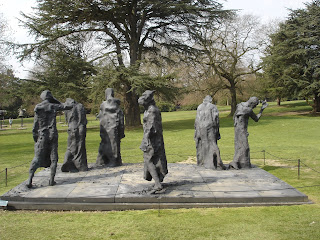 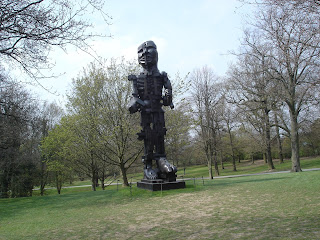 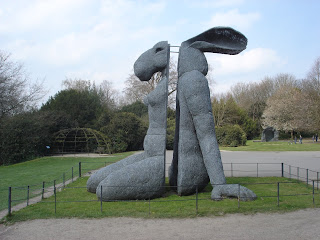 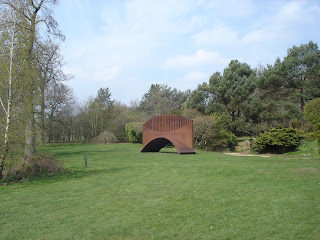 Posted by Glenn at 16:49 No comments: Links to this post

World On A Wire (German: Welt am Draht) is a 1973 German science-fiction movie, directed by Rainer Werner Fassbinder, and based on a novel by Daniel F. Galouye.  I recently watched this film, and found it both interesting and thoughtful.

The story revolves around a research institute, which houses a supercomputer.  The computer generates an "artificial world", a kind of electronically simulated environment. The chief scientist dies in mysterious circumstances, and there follows a series of unusual events and intrigues surrounding his successor.

One of the first things which I noticed about this picture is its pronounced "Seventies" aesthetic, in terms of stylings and decor. Personally I find such things very appealing, especially the austere and minimalist architecture, furnishings and so forth. There is also adroit and impressive use of mirrors in several scenes.

In all honesty, the general narrative is not of striking originality, but the minutiae are thought-provoking and clever. The movie explores the standard, well-worn science fiction themes concerning the uses (or misuses) of technology and science, and also the nature of reality and perception. Unlike some films of its ilk, it does not moralize with undue vehemence, but it does pose questions about whether scientific research and progress should fulfill a socially beneficial and benevolent function, and it examines the thorny issues of the conflicts between scientists and bureaucrats/politicians, the extent to which the boffins should be controlled and supervised by the "civilians", and the dangers of technology being subverted by commercial or private interests.

There is quite an ascetic flavour to the film overall, with a mild sense of disorientation heightened by music and sound affects, which are sometimes incongruous in nature.

Without giving away too much, as the movie progresses we get an impression of the blurred lines between "reality" and the simulated world. Elements of the plot I found rather ambiguous, and the latter stages of the work are confusing, but they do serve to exercise and stimulate the grey matter.

Posted by Glenn at 21:18 No comments: Links to this post