When Gene Clark's solo albums are evaluated, his 1974 magnum opus No Other is regularly cited as some kind of high point, if nothing else because it is regarded as a concept album of sorts, and because it symbolises something crucial about the period during which it was recorded.  However, after giving it due attention, I would venture to suggest that his 1971 work White Light deserves to be awarded similar acclaim, if for differing reasons.

White Light does not have any particular sonic or philosophical thread running through it, but song-for-song it is consistently superb, and proved a revelation to me, even within the context of Gene's formidable repertoire. The songs are recorded and captured in glorious clarity and freshness, allowing the vocals and acoustic guitars in particular to stand out.  There is none of the outlandishness or semi- superfluous packaging to be found on  No Other.

On occasion, I have heard people remark that some of Gene's acoustic numbers are "samey".  This is a very debatable point in itself, but they are invariably so compelling, engrossing and beautiful that such notions hardly seem to matter anyway.  There is a power and finesse about his voice and the melodies; indeed so much so that it is sometimes quite easy to overlook the lyrics... 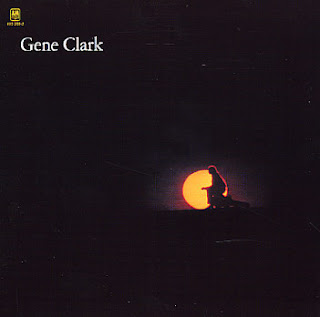 Don't get the impression that this album is standard, "meat and potatoes" country-rock or folk troubadour fare.  Many of these songs are infused with a certain soulfulness, which is also characteristic of much of Gene Clark's other work. Care is taken with the arrangements, in order to ensure that there is some variety and colour to augment the tunefulness.

One of the notable virtues of White Light is the consistent excellence of the songs.  There was genuinely not a weak song on the originally released LP, and this means that the listener's attention is held throughout.

Uniformly strong the album may be, but there are some tracks which do stand out.  The opener, "The Virgin" is distinctive in its flavour and ambience.

"For A Spanish Guitar" may be the the most famous song on the album, and is memorable for its tempo and intricate guitar parts.

"One In A Hundred" has a superb melody and touching lyrics, although many will prefer the more "Byrdsian" rendering which was recorded at a later date.

"Because Of You" sounds deceptively simple at first, but it has a real charm and warmth about it, accentuated by the subtle organ part.

"Where My Love Lies Asleep" is another lovely tune, carrying some echoes of the Rolling Stones' "No Expectations", with its pleasing slide guitar flourishes.

Gene Clark made lots of wonderful music both before and after White Light, but there is reason to think that much of the continuing affection, admiration and esteem in which Gene and his music are held stems from this great, and under-rated, record.

Email ThisBlogThis!Share to TwitterShare to FacebookShare to Pinterest
Labels: classic rock, for a spanish guitar, gene clark, music, no expectations, no other, songs, the byrds, the rolling stones, white light