It is the conventional "wisdom" that "Stairway To Heaven" is Led Zeppelin's finest musical achievement, and their most meaningful and enduring legacy to the world. However, this is only the populist view, and I subscribe to the body of opinion that the accolade should really belong to "Achilles Last Stand".

Released in 1976, as one of the tracks contained on the "Presence" album, the song is notable for several reasons. Not only is it Zeppelin's last truly great piece of music, but it also in some ways represents the closing of an era in "classic rock", one of the last hurrahs before the supposed "watershed" of punk which, we are told, changed music forever. 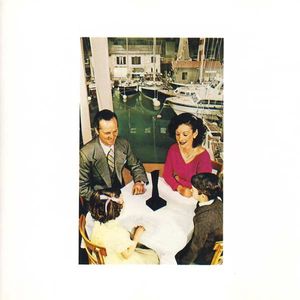 Apart from its minor cultural and historical significance, "Achilles Last Stand" is memorable on so many other levels. The lyrics were at least partly inspired by the travels and experiences of Robert Plant and Jimmy Page. This and other elements and themes are woven into an epic and sweeping tale.

The various musical ingredients of the song are captivating independently, but they coalesce to bring about an invigorating whole. John Bonham's drumming appears in places to defy the laws of physics, helping to propel the backing track as well as inserting numerous unusual fills.

Jimmy Page's guitar work here is some of his most distinctive and incisive on any Led Zeppelin record. From the intro/outro, to his contribution to the basic riff, to the various solo sections. There is abundant spontaneity and technical prowess. Page would have been justifiably satisfied with the finished result, in view of the work which must have gone into the production.

The chugging bass-line performed by John Paul Jones has probably been quite influential, and often imitated. It is a crucial, integral part of the framework which makes the whole thing work, but it is equally understandable how even such an affecting bass part can be overshadowed by the drumming and the guitar parts.

Robert Plant's vocals both evoke the epic quality of the lyrics as well as acting as an additional instrument in themselves, in augmenting the textures created by the pyrotechnics of the other three musicians.

This track, and the album which it came from, were recorded at a transitional time for the band. Not long after it was released, changes were afoot in the wider musical landscape. In my mind, the "Presence" album is a little patchy and inconsistent in its overall quality, but "Achilles Last Stand" is a wonderful endorsement of the theory that "form is temporary, but class is permanent". Talent, imagination and diligence, when operating in unison, could still produce that intangible magic. For a band which many at the time asserted was in decline, or artistically stagnant, it has prodigious energy and self-confidence.

I have said that the song signifies the end of an era, as one of the last "epic" rock tracks to appear before the advent of the British punk movement.  In a sense, though, it also anticipates the musical direction in which Led Zeppelin might have gone, had they had the chance. Little did they know that more difficulties were on the horizon, and that their career would be tragically curtailed.