I have recently discovered my enthusiasm for reading about political philosophy and theory.  One book which I have just finished is the first volume of Karl Popper's "The Open Society and its Enemies", subtitled "The Spell of Plato". 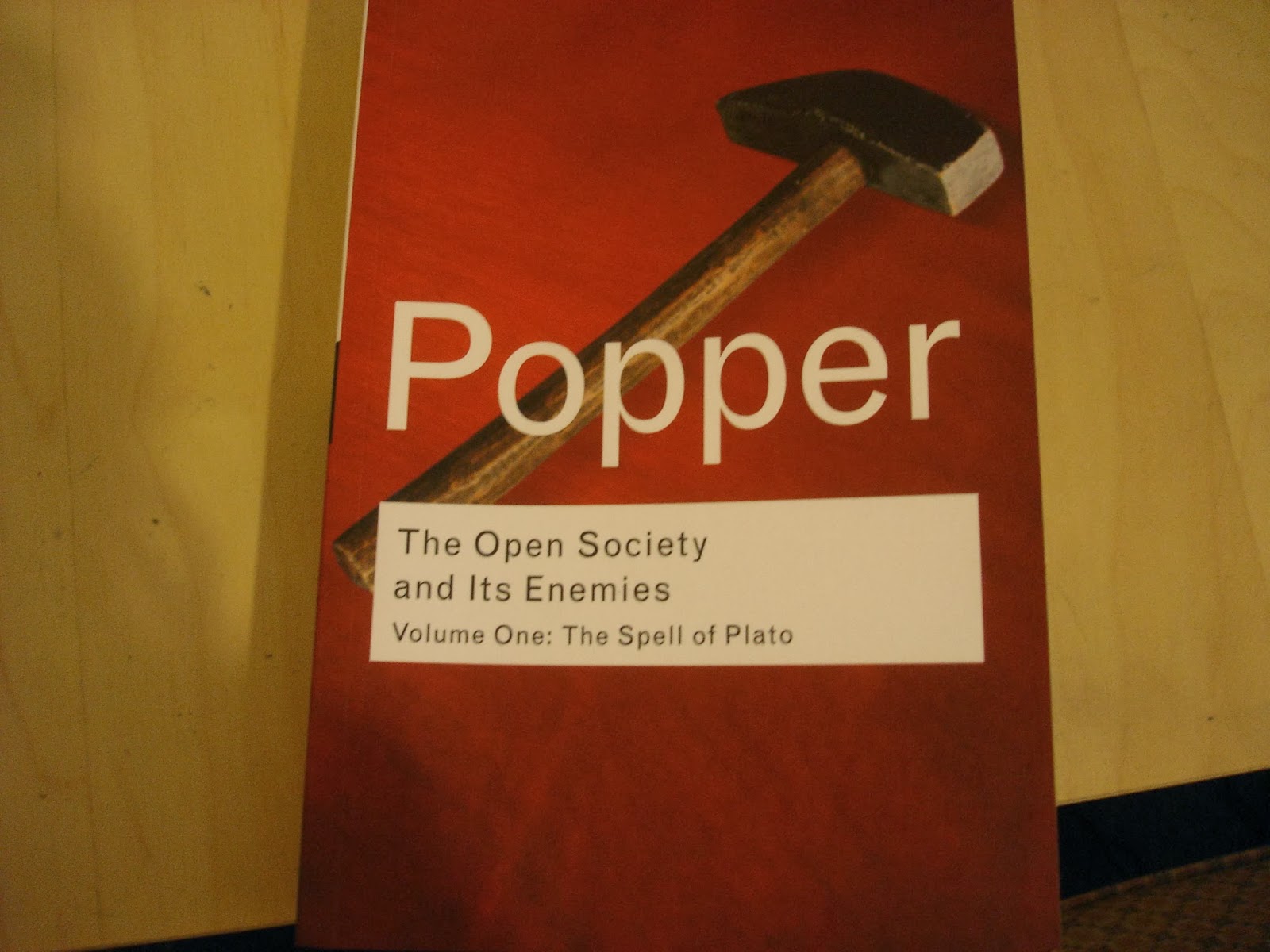 This volume, written during the Second World War,  amounts to a lucid and well argued defence of democracy and individualism, and a critique of authoritarian and totalitarian approaches, with reference to the teachings of Plato and his ilk.  Popper looks at topics such as tribalism, historicism, social engineering and the notion of the "philosopher-king". There is also some analysis of the extent to which Plato's outpourings were determined by the social changes which occurred around his own time.

Although this book was originally published in the 1940s, much of its content is as relevant now as it ever was. It could serve as a handy refresher for jaded minds.

I will blog more thoughts when I have finished reading the second volume!
Posted by Glenn at 17:30