On internet forums, and in the media generally, it is commonplace for people to be asked to name their "top 10 albums" or their favourite album of all-time.  The centre of gravity of my musical tastes constantly shifts, but for around a decade and a half, pride of place at the top of my list has been occupied by Jackson Browne's 1974 work, "Late For The Sky". 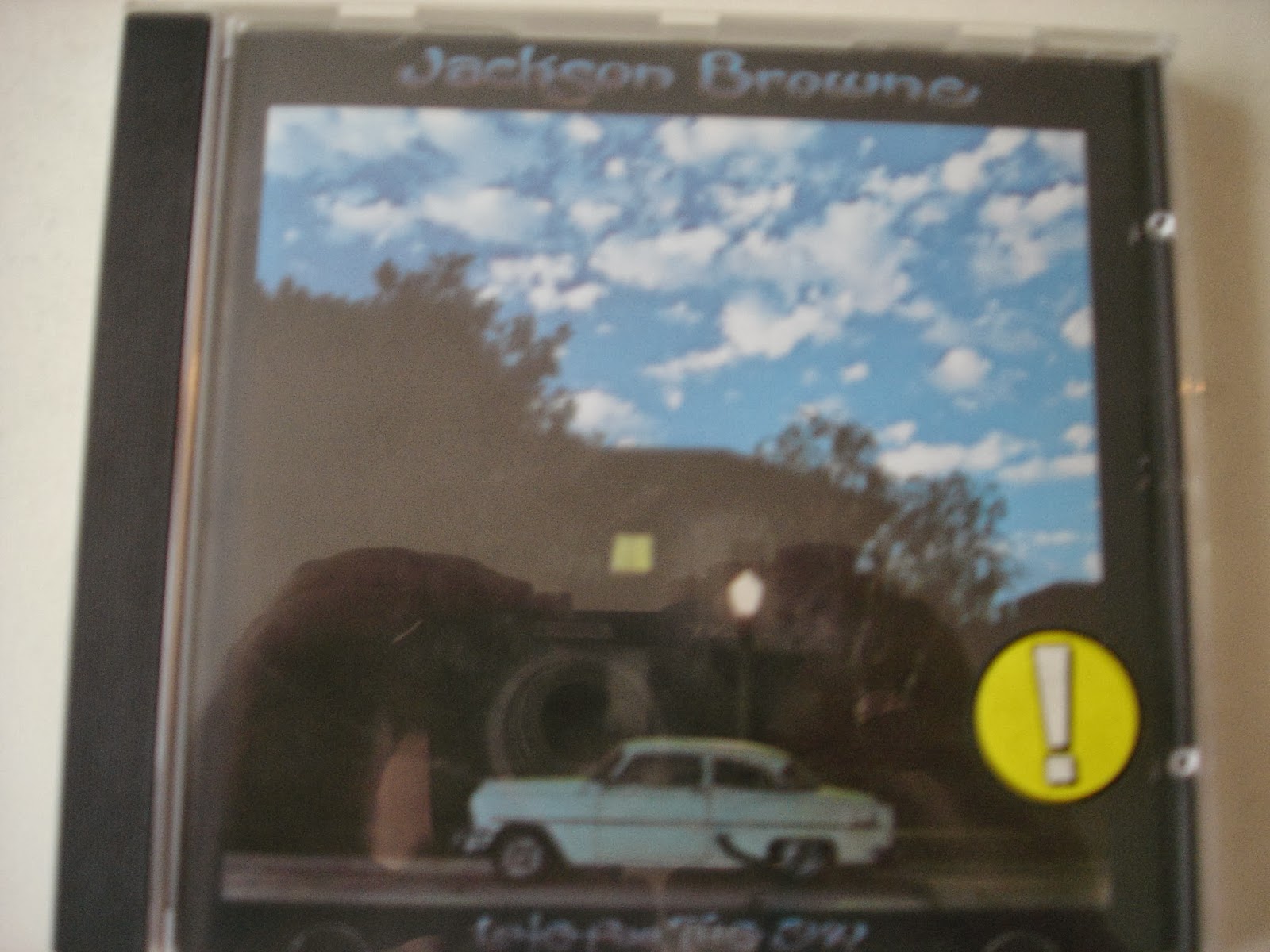 I had been aware of Jackson's music, but mostly through his more glitzy and commercial singles of the 1980s.  It was only when I became a fan of the Eagles that I discovered his classic 1970s material.  The Eagles and Jackson were label-mates, friends and songwriting collaborators in the early Seventies, and I was persuaded therefore to look into the Browne canon.

As soon as I heard "Late For The Sky", it struck a chord, both melodically and lyrically. I actually came to it after hearing three or four of Jackson's other LPs of that era, and it stood out from those efforts in several ways.  The instrumentation and arrangements were more spartan and stripped-down than the previous "For Everyman", with its layered acoustic guitars and keyboards.  On "Late For The Sky", one is aware of greater separation, through which the inspired lyrics are able to project themselves.

In addition to the technical musical differences, the themes and concerns examined in the songs seem more focussed than before, and Jackson is generally less oblique and cryptic in telling his stories. This extra focus adds to the emotional impact of the songs, as they zero in on the hearts and minds of the listener with more clarity, and the album feels more like an overall "experience", certainly compared to its two predecessors.

In its entirety, "Late For The Sky" is the most compelling showcase for Jackson Browne's special capacity to both tug at the heart strings, and stimulate the grey matter.  Some of the subjects explored may have had peculiarly contemporary resonance in 1974, but they have proved to be timeless, and indeed to me the songs are more relevant than ever.

Considering that we are dealing with a classic album, it seems churlish to refer to "filler", but two of the songs, "The Road and The Sky" and "Walking Slow", have to be described as such. I suspect that they were included to offset and ameliorate the effect of the meatier and more profound fare around them. For the purposes of this review, I will therefore disregard these two tracks, and concentrate on the six numbers which form its solid and enduring core.

The opener, and title track, introduces us to the type of backing we can expect throughout the album, Browne's piano and David Lindley's evocative and wonderfully brittle guitar are supported by some subtle, and at times almost inaudible, organ work. The lyrics of this song are the bleakest of all, seemingly concerned with the break-up of a relationship.  Film fans may recall the song being employed to telling effect in the movie "Taxi Driver"

On this work, Jackson seems to have enlisted the help of various people to help out with vocal harmonies, and they are a feature of this album, helping to create quite a gritty effect, consistent with the overall tone.  Jackson himself sings more passionately on these tracks than at virtually any stage of his career.  Whether this was intentional, or just a function of his development as a vocalist, is difficult to say.  The pleading phrasing ideally complements the words.

Track two, "Fountain of Sorrow", is the longest on the LP, and also the most lyrically impenetrable.  To be truthful, I have never fully made my mind up what the metaphors here are alluding to, but this is a beautiful and intelligent piece of work. The instrumentation is even more sparse than on the title track, and Browne's voice captured with greater clarity, supported by some more substantial backing vocals.

Next we come to "Farther On", a song which had a major effect on me almost from the first time I heard it.  Rarely can an instrumental part have been as apposite as David Lindley's weeping lap steel is on this. The song muses, reflects and laments upon the passing of time, and frustrated ambitions and hopes, but also celebrates humanity and its compassion and eternal optimism.

The thoughts and sentiments being expressed here will seem relevant and powerful for people, most probably those in their thirties and forties.  What still seems remarkable, not just about this song but most of those on "Late for The Sky", is that Jackson Browne was writing cohesive statements like this in his mid-twenties.

"The Late Show" is marginally less demanding than the numbers preceding it, but has some very thoughtful lines, accentuated by an appealing, wandering melody. Vaguely  "country rock" in nature, but with more complex lyrics than would be expected from that genre, it touches on many of the themes central to the album.

A song addressing the subject of death, "For A Dancer", stops well short of descending into the maudlin, and is a deceptively simple but incisive piece, curiously hopeful in areas. David Lindley's violin is used effectively but sparingly.

"Before The Deluge" is a song which tackles apocalyptic and utopian anxieties, continuing on from "For Everyman", but it also expands its reach into environmental issues, which were to become a recurring feature of the songwriter's career. Some may consider the lyrics dated, naive and even quite mawkish, but I see them as courageously idealistic.  Lindley's violin is more integral to the melody, and there are some delicate but unobtrusive organ flourishes.

It seems appropriate that this song, with its concentration on social concerns, finishes the album, which itself closed a phase in Jackson Browne's career, the "singer-songwriter" period. From now on, "non-confessional" topics would gradually assume greater importance.

In itself, "Late For The Sky" probably represents some kind of high watermark in the California singer-songwriter "movement".  It may not have been Jackson Browne's best-selling album, but its emotional pull and understated quality shine like a beacon when assessing his discography.

At every opportunity, I try to encourage people to listen to this album, stressing what a thought-provoking and rewarding listen it remains.....

Email ThisBlogThis!Share to TwitterShare to FacebookShare to Pinterest
Labels: before the deluge, david lindley, farther on, for a dancer, for everyman, fountain of sorrow, jackson browne, late for the sky, taxi driver, the eagles, the late show, the road and the sky, walking slow